PaCT was founded by women who were appalled by the living conditions of Mityana communities in and around the district. The dream was generally triggered by the region’s then-increasing illiteracy rates, which were thought to be fueling the high poverty levels. At the time of the organization’s inception, literacy rate was at 54.1% of its population with the highest number of school-age children not attending and the school dropout rate for those who did attend was over 4.7%. The desire to improve the educational abilities of needy children prompted many locals to join forces in order to achieve the desired results. Mrs. Grace Angella Musaasizi, a secondary teacher at a local secondary school at the time, resigned her government job to join forces with the other locals like Mrs. Lukwago and supporters to ensure that children’s rights to education, among other things, are realized. Grace and her husband John initially allowed their home in Mityana to be used as the meeting place for the sponsored children. The children would go there for meetings, scholastics, counselling, and other services. However, as the number of sponsors increased due to the efforts of our friends in the United Kingdom, led by Jean Ajin and Ann Potts Rose Mary, there was a need for a larger space, which led to the construction of our office block. The Board of Directors at the time, unanimously decided to name the building after Jean Ajin in recognition of her efforts in finding child sponsors, which have helped the organisation achieve its goals. 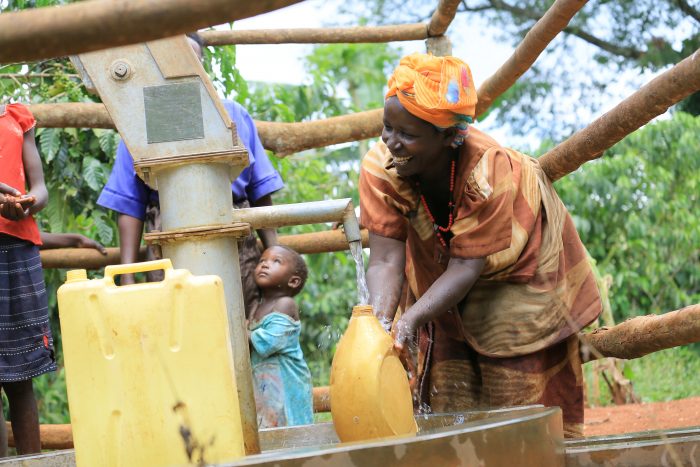 Today, PaCT, which was formerly known as Mityana Uganda Charity, has expanded its geographical and programmatic scope of operation to include WASH, Livelihood through land rights awareness, Health, and other programmes in addition to education. We are now proud to be recognised as one of the most reputable non-governmental organisations that has made significant contributions to raising the living standards of people in the targeted communities. PaCT’s impact is now visible through the over 185 water points constructed, providing over 72,367 people with access to clean and safe water, three maternity wards and two clinics supporting over 1,750  deliveries and 5,760 immunizations annually. Others include education scholarships offered to over 300 people annually and a fully-fledged community school, among other things. All of these have made significant contributions over the years to improving the people’s quality of life and economic well-being. With the foregoing, PaCT has established strong systems and committed to strengthening partnerships with existing and new stakeholders in order to ensure that the communities served achieve economic independence.