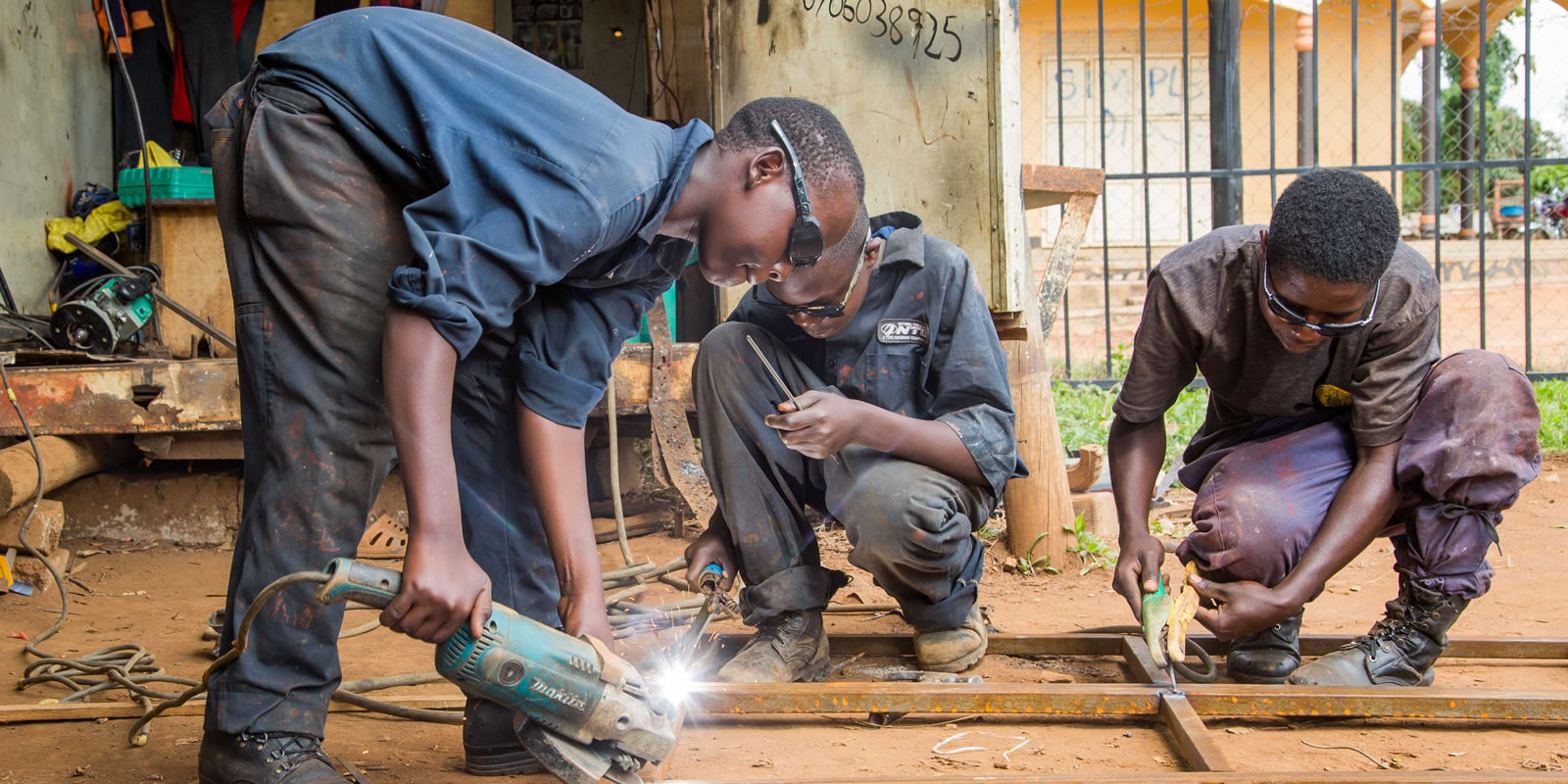 We had a rather unique experience when deciding to sponsor a child through the Mityana Charity in UK a sister Charity to Partners for Community Transformation (PaCT), in that we were actually there. We
visited the PaCT and the town as part of a round the world trip that we undertook as a family.

Letitia was chosen from a long list of vulnerable children waiting to get sponsors. We couldn’t pick from the list ourselves and so we asked project staff for guidance. As Letitia is a total orphan (as opposed to partial orphan) she lives with her aunt, who has four other children of her own. Letitia’s mum died in 2013 – the year after Letitia was born, and her dad died in 2015. We were lucky enough to actually meet her a couple of times and feel very strongly committed to helping Letitia through her schooling and
supporting her in her educational choices. We hope one day she will visit us in the U.K.

We could not help but be moved by the stories of the children waiting for sponsorship. The charity/PaCT opens its doors to new applications periodically and then the task begins to find sponsors for these children. Sponsoring a child’s schooling for primary school is £180. A year. That covers everything the child needs to attend school. That’s £15 a month. A few costa coffees a month, an amount we might spend on car parking over the course of a month. A cinema ticket.

The charity/PaCT does want to make sure you are as able to commit to the duration of sponsoring as it rises for secondary schooling but having seen firsthand the difference it makes I can honestly say your money would change someone’s life. The government has offered free schooling but it’s a hollow gesture as the schools they fund often don’t have enough teachers and classes of up to 80 children.

The Mityana Charity or PaCT as it’s known in Uganda places children in privately run local schools and regularly visits to ensure standards are met and the children are performing academically. There’s no stigma attached to being a sponsored child, there’s so many of them and they simply become “charity members”. In fact, the children that need it are so pleased to have a sponsor because they know the difference it will make. Educationally but also socially as you write letters and hear about other countries and learn more about the world.

We absolutely love the correspondence we get, school reports, photos and hand written letters. My daughters are always thrilled to receive them and we can’t believe how much Letitia has grown since we saw her. Knowing we are helping her thrive is just so special. Knowing that she will have a better chance in life and being a part of that is something you can’t really describe. It’s such a small amount of money for us but such a huge amount to them and such a huge opportunity that they never waste it. I promise it’ll be money that’s so well spent and having seen it all in action your child will be so grateful to be given this helping hand in life.

The boy with a cheeky smile
A way to remember
The lucky one!
A change of heart
1 Comment