The boy with a cheeky smile 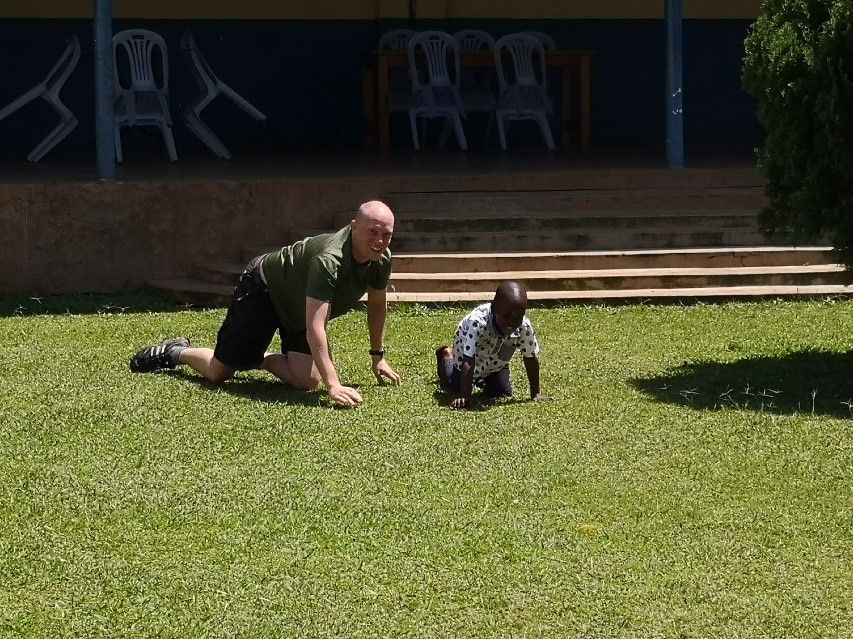 We started sponsoring Tonny the day after Boxing Day 2017 a friend shared a post from the charity. I had been donating to a different International Charity for a while but was always a bit concerned with the amount of money spent on admin and advertising the charity. I looked into the Mityana Charity/ PaCT as it’s known in Uganda and realised that the only costs for the charity in the UK were a very small amount for postage and the rest goes directly to the charities front line work and paying staff in Uganda. It seemed to be a small charity making a massive difference.
I saw how much they could do with just 10.50 a month and knew, this was a charity that I wanted to support. Knowing that the money not only covers their education but everything to equip them to learn to including a meal a day, shoes, books, soap and toilet roll it seemed like they had thought of everything. After sponsoring Tonny for 6 months we decided we wanted to find out more about the organisation and visit Uganda. Uganda is the most
beautiful country we have ever travelled to, it is so bright and vibrant, we combined the visit with a safari and saw so many animals in the wild.

On the first day we saw the staff hand out all the school equipment for the children for the next school term. Seeing the volume of children that were receiving support and how excited they were to get their equipment was moving. The second day we visited one of the water projects that supports
communities to have access to clean water. The community are involved in making the Wells or taps and they all have to work together. To move the equipment or the materials needed down through rocky terrain and steep hills to make the water source. 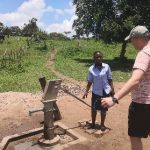 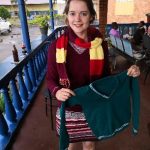 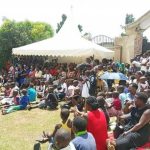 After this, members of the community are trained in how to maintain the site and a community pot of money is created where each family contributes a small amount of money each week to cover the maintenance. This approach is empowering for the community as they are not being given handouts they are given skills. The next day we went to visit the project in the prison, where prisoners were able to learn to make clothes so that when they leave the prison they have the skills to be able make a living. Having worked in the charity sector for a number of years I was so impressed by the charity, they are forward thinking and innovative in their approaches and engage the communities they are supporting and strive to
help them become as sustainable as possible.

On the Saturday spent the morning with Tonny and his Mum the child that we sponsored. We had seen him briefly on the Wednesday when he came to pick up his school supplies, I recognised the cheeky smile from the pictures straight away. Tonny was shy for the first ten minutes as you would expect. We made a world puzzle that we had bought him so he could see where we lived. He quickly came out of his shell when we started playing football and doing gymnastics although we had to take regular breaks because Tonny was laughing so much he couldn’t breathe. He chased crickets with my husband, whilst I got to know mum a bit better. 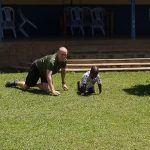 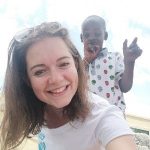 The next thing we knew Tonny had put on my husband’s hat and sunglasses and was performing a song and dance for us. The shy and timid child that we had met when we first turned up was long gone. We got to meet his personality in full force he is a natural performer and wanted us to take photos and video his antics. Tonny brother who is only a few years older than him couldn’t join us because he was at work. Mityana Charity send regular reports of how the children are doing at school. Tonny always bring a smile to our face even if he isn’t the most diligent in his studies (which at 7 is completely understandable). Education is vitally important
for lifting families out of poverty however it isn’t the main driver for why we sponsor Tonny. We sponsor him so he doesn’t have to go out to work, he can just laugh and play football and continue to be the funny and vivacious child we met. 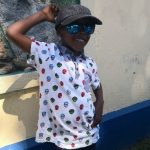 Lemonade out of lemons
A way to remember
A change of heart
The lucky one!
Just alittle is Enough!
Tweets by PaCT_Uganda